Greetings, turtles! We’re coming back from an (admittedly) unplanned hiatus to announce… another hiatus!
Half kidding. I’m hitting up the boozy homeland of Germany for the next couple of weeks, so releases will resume later. Here’s a status update to keep everyone appraised of our current goings-on:

So without further ado, Mebius! 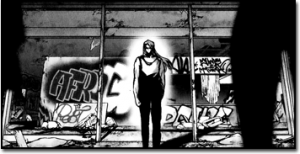 We have two chapters left in this volume, and one left in Souya’s MELODRAMATIC AS FUCK arc. Volume 3 is the gosh darn reason I wanted to work on this series, so get hype!

And with that said, TOODLES! See y’all in a couple of weeks!